On The Bab - Korean street food in Shoreditch, London

The girlfriend and I were strolling along Old Street in Shoreditch, London, looking for a Vietnamese restaurant when all of a sudden we discovered On The Bab - a Korean 'street food' restaurant.

I've been to plenty of Korean restaurants in my time, but this one - as a result of its 'street' theme - looked a bit different, so we decided to give it a go.

The menu is reasonably straightforward, with dishes divided into 'small dishes', 'on the bab' (rice, noodles or buns) and 'traditional'.  There is a fourth group too: 'special/comfort', which is what I opted for... 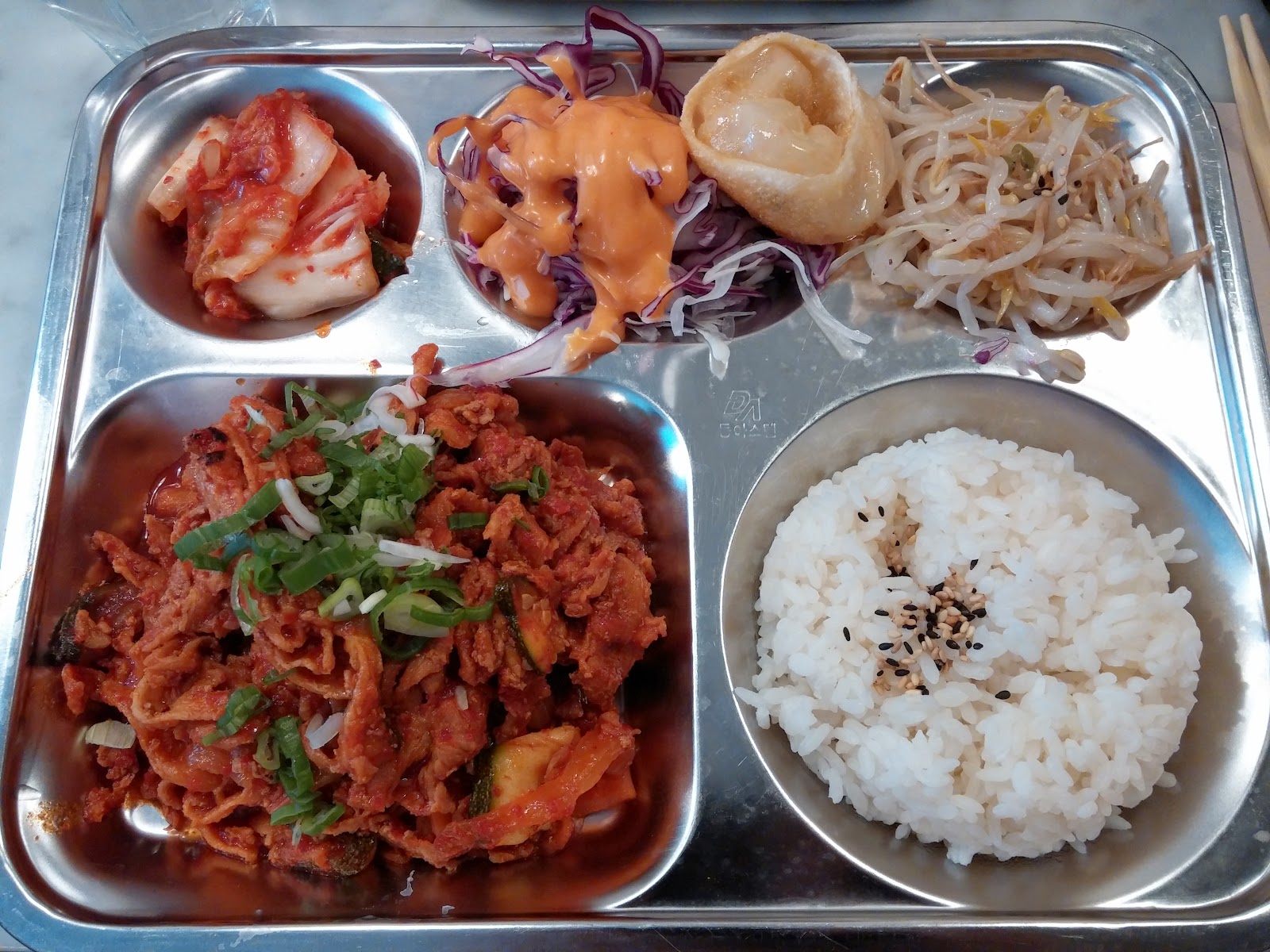 With the so-called special dish - baek ban - I got soup (not pictured), rice, salad, kimchi and a choice of bulgogi beef, spicy pork, spicy chicken or vegetable fritters.  I went with the spicy pork, which tasted really good.  What I liked was that it was: soft, not too chewy, thinly sliced and spicy enough without it being overbearingly so.

As a personal preference, I would have preferred a bit more kimchi and the rice to have been a bit stickier, but I can live with that, as the pork was pretty good and there was plenty of it.

The restaurant is quite small and does not take reservations.  So it is very much more suited to couples and perhaps groups of up to four, who are after a quick meal and who don't mind dining in an informal setting. 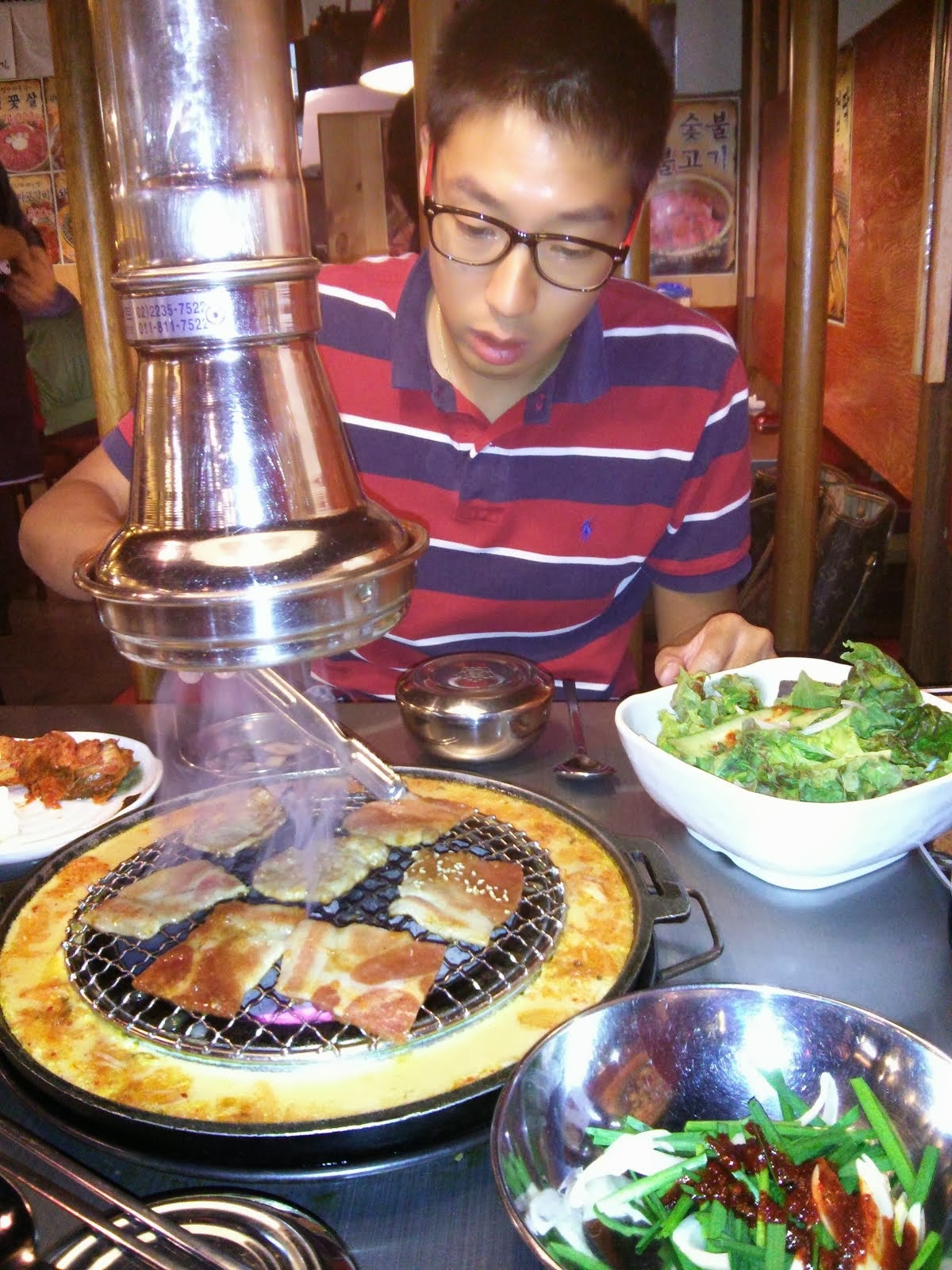 Food blogger based mostly in London. Love eating, going to restaurants and taking pictures of my food!